« Missed An Awesome Party
Waking Up » 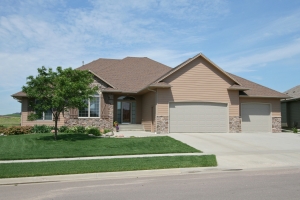 I may be moving pretty soon.  Generally I don’t really like moving, but I will be moving now because I’m getting another job so that would be good.  I’ve been thinking about changing jobs for a while now, anyway.  It’s not that I don’t like my job, it’s just that a new opportunity came up and I’m trying to take it.

One thing I need is to find a place to live if I am going to take this new job.  I’ve been looking at Charleston real estate to see what is available in the event that I end up going there.  It’s not too far from where I live so I’m kind of familiar with the area but I still wanted to see what it’s like there.  I suppose I could stay where I’m at now and just have a longer drive to work each day, but that’s probably not going to be much fun.  I prefer to have a short commute, like under 15 minutes each way, because it’s easier that way and gives me more time to do what I want after work each day.  I do have some friends who live kind of far from where they work who work from home a few days a week.  That’s actually kind of cool sometimes as it means they don’t have to sit in traffic but do I really want to sit at home and work?  I don’t want to associate my home with working.  That doesn’t sound like fun.

So anyway, I’ve been looking at houses in the area and trying to decide where I want to think about living.  I have a few friends in the area, or who used to live there, so I’ve been asking them where their favorite areas are.  Of course, it takes a while to buy a house so I’ll end up living here for a while in the beginning anyway.  And this is all assuming I end up getting the job.  I haven’t finished the interview process yet and remember that interviews work both ways.  They are trying to see if they like you and vice versa, although I don’t know too many people who have said no to a job after the interview.  I guess it could happen.

Ok well I’m going to get back to looking at places online now and finding some I like. A friend of mine has given me some suggestions for areas to look and like I said I’m already kind of familiar with Charleston, anyway, so I have some idea of the areas I want to be looking in.