« I Even Ate A Mushroom
Looking At A New Job » 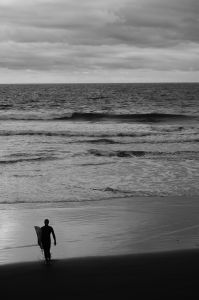 I missed one of my best friend’s bachelor parties last month because I had something for work that I just couldn’t get out of.  Fortunately my friend understood and was pretty cool about the whole thing.  After seeing pics and hearing about how it went, though, I’m super jealous.  They all went to California and did some partying and stuff like you would expect, but the main reason I’m jealous is because they went surfing!  Well, it would be more accurate to say they took a group surf lesson since I don’t think anyone there had ever been surfing before, but from the pics it looked really exciting.

I’ve always wanted to learn to surf.  But, you know, living in the middle of Texas it’s not like there are really man opportunities to do so.  There are plenty of rodeos and football games, but not much surfing.  In fact, after hearing about their experience in California, I started looking at various surf camps online to try and see if there was anything relatively close.  I figure now that all my friends have gone surfing, I might as well give it a try myself!

So the rest of the bachelor party was just spent doing the normal type of partying things.  A nice restaurant, some bars, etc.  Nothing crazy or anything.  It wasn’t like the movie the Hangover or anything (and if it was they would’ve told me!), which is a hilarious movie by the way.  Ed Helms’ character cracked me up.  I think he’s funny as Andy in The Office, too (although he hasn’t been on much this season), but I could related to his character a bit in the Hangover because he was with a woman that he didn’t really like and who didn’t really respect him, and throughout the movie he found the confidence to finally stand up to her and leave her.   Like he kept trying to be a good guy and treat her well but she didn’t appreciate him and basically just disrespected him all the time.  Poor guy.  But it had a happy ending, but I don’t want to give anymore spoilers for anyone who hasn’t seen it yet.

They made a sequel but I haven’t seen it yet.  I’m kind of behind on my movie watching.  I’ll usually wait until they come on TV and then record them and watch them later.  Except sometimes I don’t watch them for a while and my recorder gets really full and I can’t record anything else.