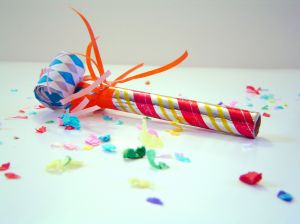 Aaaand it’s just about the end of the year.  That means I have to start thinking about what my resolutions for next year are going to be, as well as doing taxes.

Let’s start with resolutions.  This year I wanted to get in shape, to read more, and to spend more time on my hobbies.  Did I accomplish any of those?  Well, I did work out more this year than previous years.  In fact, I did quite a bit of running this year, I feel better, and I lost a little bit of fat.  It’s amazing how good working out makes you feel.  Sometimes I’ll go for a run in the morning and I feel great for the rest of the day.  It’s like it gets me started for the day, kind of like what most people rely on coffee for.

Next up was reading.  Did I read more this year?  No (unless you include reading forums online, in which case, yes, I absolutely read a lot this year, lol).  But I still have a bookcase full of books that I bought with the intention of reading, but haven’t read most of yet.  They’re almost all non-fiction books, ranging from finance to art to foreign language.  I will go to bookstores and pick up books that I totally plan on reading, and then end up not reading them.  I also buy a lot of used books on Amazon and do the same thing with them.

And next up is hobbies.  Did I spend more time on my hobbies?  No.  Why?  Mostly cuz I was working a lot, so I guess that’s a legit excuse, right?  Except it’s not, really.  I recently took an interest in painting and have been wanting to learn how to paint.  I’m really not very good, but I do enjoy it.

So my resolutions for next year: keep exercising, actually read some of the books I have, and try to paint a few days each week.

On to taxes.  I always do my taxes myself to try and save money and I always wonder if I’m leaving money on the table.  It also seems that each year my taxes get more an more complicated.  It was easy when I was just working and that was it.  Then I started investing and had to pay taxes on dividends and capital gains.  Then I bought a house and a mortgage made everything more complicated.  My best friend keeps telling me to just hire an accountant.  He uses a chartered accountant Five Dock and says he just drops everything off and it all gets taken care of.  I may actually have to give that a try, seeing as how I spend hours and hours on mine and I’m still not sure if I’m getting all the money back that I could be. 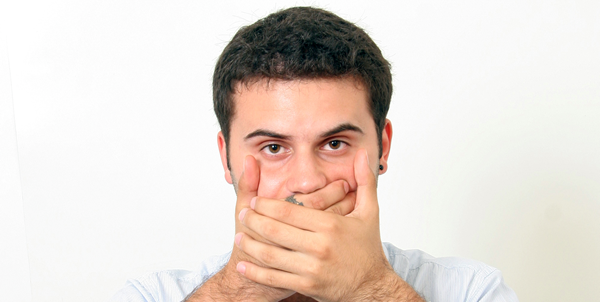 It seems that everyone will come across a few topics here and there that are difficult to discuss with other people.  Everyone always hears that you shouldn’t discuss politics, religion, or money with people, which, by the way, is good advice.  People have really strong political beliefs and finding out that the person you’re talking to believes the opposite of what you believe can create a huge rift of awkwardness.  I think this is because one’s political beliefs tie into the core of who that person is, and so when someone has beliefs that aren’t compatible with yours, you might assume that person isn’t compatible with you, either.

Obviously religion is an even bigger hot topic issue which I don’t even need to explain here.

And then you’ve got money.  It’s not people’s beliefs about money that cause the issue, but rather it’s how much of it they have (or make).  It causes jealousy, bitterness, and resentment.  Take two friends who are about the same age.  Then one day they find out that one friend makes $80,000 and the other friend makes $30,000.  Do you think things are going to be the same between them anymore?

I’ve found another topic that can cause people to become just as heated as the above topics, and that is guns.  People tend to have very strong beliefs about gun control, ranging from the extreme “give everyone a firearm” to the opposite extreme “take all firearms away,” to everything in the middle.

I think that owing a firearm is a privilege and not a right.  Only responsible people should be allowed to have guns, and they should be required to have the appropriate gun safe accessories to go with it.  Obviously no system is going to be perfect, however.  Oh, and no high powered assault weapons.  Seriously.  You don’t need to be able to spray 500 rounds per minute.  Sure, they might be cool if you’re a gun nut, but you don’t need one.  Military fighter jets are also cool if you’re a plane nut but that doesn’t mean you can go buy an F-16 and keep it in your backyard. 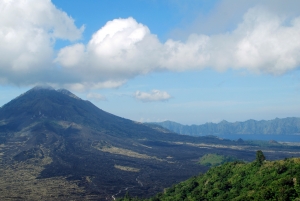 I got some exciting news today.  My brother and his family invited me to come celebrate New Years with them in Indonesia!  I enjoy traveling but haven’t really been able to do much recently, and I think he knew that I was getting the urge to go somewhere again, plus I haven’t seen him since he got married, so it must’ve seemed like a good reason to invite me.

So am I going to go?  Of course!  I’ve already started reading about the different islands and seeing everything that is available to do.  I know my brother and his family probably have some specific things in mind that they want to show me, too.  One thing that is nice about this arrangement is that I can stay with them, which means I don’t have to spend money on a hotel.

My brother moved to Indonesia a few years ago because of his work, and he is always talking about how nice it is.  He actually got another job there with a different company, and I remember when he was telling me that he wasn’t really sure he was happy at his then current job, and I asked him if he was planning on moving back home to America and he laughed and said no, he wanted to stay in Indonesia.  And I remember when he called me to say he had found another job and was going to be staying there.

I have to admit, it does look nice from the pictures I’ve seen.  Growing up in the north, we’ve never had tropical weather or beaches or anything like that.  That’s the kind of thing I think of when I think of a vacation, but he lives there.  It almost seems like another world to me.

Speaking of things that are different, my brother was explaining to me that Indonesia is actually a bunch of different islands, so it’s not like in the US when you can just drive wherever you want to go.  If you want to from, say, Jakarta to Bali, you’d have to fly or take a boat.  That seems so strange coming from a country that is pretty much all connected by land.  But he said there are some local airlines like Garuda Indonesia and tickets are really cheap (by US standards).  When I first heard that you have to fly to get around like that I figured it would be expensive like it is here.

Anyway, I’m looking forward to it.  My brother says I’m going to fall in love with the country and want to stay there like he did.  Considering it’s like 30 degrees Fahrenheit here today, he might be right! 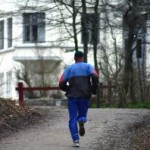 This year is the year that I finally decide to get in shape. I have a really good friend who started running last year and his results have been impressive to say the least. He started out completely out of shape and barely able to run, and after a little over a year he can run a 5K race with a pretty good time.

I was in shape in high school. I was actually in really good shape. Life happened after high school, though. I stopped playing sports and I started college. College life was a little too “good” to me, and I gained around ten kilograms. Then, I graduated college, got married and started working in an office environment. Not to anyone’s surprise, I actually packed on another 15 kilos. Well, I’ve noticed that I’ve been having issues doing tasks that should be relatively simple lately, so I’ve made the commitment to start getting into shape.

My friend, the runner, is going to help me do this. I started on my own about a week ago, but after trying to run on the treadmill for a few minutes, my legs felt like they were on fire. I talked to my buddy and he told me that I needed better equipment for the job. One of the first things I need to do is go to a decent shoe place and get a nice set of trainers from getthelabel.com The problems I had with my ankles and calves, according to my friend, are because my shoes are not designed for running at all and I need to address this before I move on.

When I was younger, I’m sure having the best equipment didn’t matter as much, but now that I’m older and seem to break easier for lack of a better phrase, it makes sense that I should invest in  some quality trainers to protect myself from injury. I’ve did some research online and I think I’m going to end up going to get fitted for the perfect shoes next weekend. I honestly didn’t realize exactly how many options there were nor did I realize how many different measurements / variables there are in correctly choosing a pair of trainers.

I’m hoping that through my own willpower and the help of my friend that I’m able to at least finish a 5k in six months and in one year, I’d like to be able to finish within a couple of minutes of him. I know that’s quite a goal because he is a beast when it comes to running but I have no doubt in my mind that I can do this as long as I stay on track.