« Distracted at work
Oh, I Got You Something » 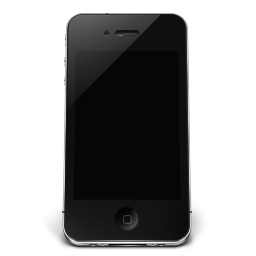 I was just thinking early today about how much time I spend on my phone each day. We were talking about it during lunch at work, too, because we were all sitting at a table in the cafe eating and one of my coworkers made the comment that every few minutes someone pulled their phone out to check something.  She was right!  We all started to laugh every time it happened after that.  We looked around at the other people (who didn’t know they were being observed) and people were indeed checking their phones every few minutes.  Some people even had their phones out on the table in case they got an important text or whatever.

I’m guilty of doing the same thing, though, so I can’t really judge, I can just laugh along with it.  What did we all do 15 years ago before we all had cell phones?  Or if we did have a phone, it was a huge Zack Morris phone that cost $2/min to use and didn’t have any games?

Speaking of games, cell phone games are awesome.  I’m not even kidding when I say that probably half of the time I spend on my phone is not doing work or talking to someone, but playing games.  In the last 24 hours I have played Words With Friends (basically like Scrabble) with my sister, who always beats me.  She’s younger than me by a few years so you would assume that I would win, right?  Pssh!  She crushes me.  In the game we’re playing right now, there are 8 words on the board and I’m already losing by 30 points.  I can’t leave out Angry Birds, which was the first game that got me into cell phone games.  I remember when I downloaded it and ended up going to be an hour late because I was playing it.  I kept telling myself “ok, just one more round.”  Ha, that didn’t work very well.  Recently I found a site with Angry Birds walkthrough videos, so when I can’t beat a level, I can see the solution.  I also have a chess game.  I’m terrible at chess but I like it and want to get better.  Fortunately, this game has like 10 difficulty settings.  I usually leave it on the easiest, and even then sometimes I still lose.  And then I have Draw Something, which is my new obsession.   Half the time when I check my phone, I’m looking to see if someone has sent me a drawing yet.  The only thing I don’t like about that game are the ads that force you to watch a video between turns, and the fact that sometimes the drawings I send don’t go through.